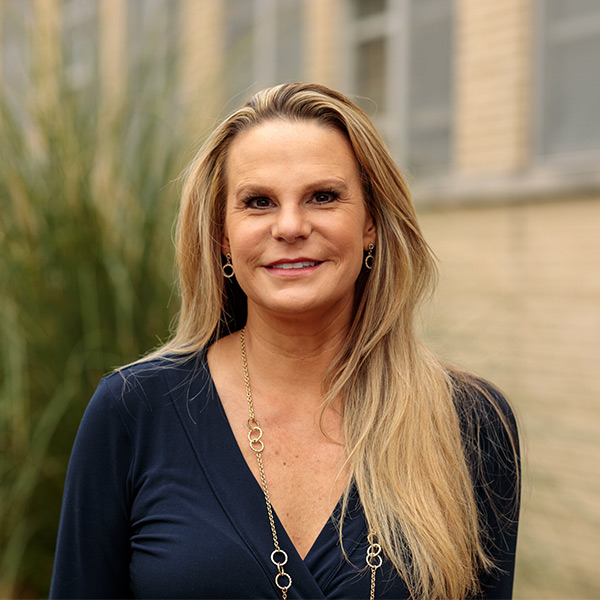 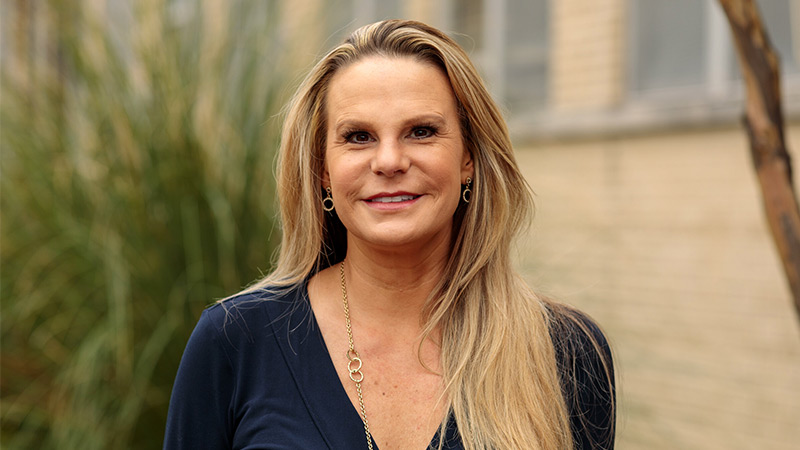 For families with at-risk students in public schools, Communities In Schools of the Dallas Region (CISDR) has been more than just another nonprofit offering assistance—they’ve been a lifeline. By identifying and addressing issues that impact classroom attendance and performance, CISDR is breaking down barriers between families and school administrations, disrupting the cycle of generational poverty, and helping students work for a brighter future. At the helm of CISDR’s development team is Cameron Hernholm, CFRE who has made serving her community through fundraising and development her life’s work.

Cameron Hernholm joined Communities In Schools of the Dallas Region in June of 2020 as the Chief Advancement Officer. In just six short months, she launched a capital campaign, secured the organization’s first capital campaign major gift and produced a record-breaking golf tournament that raised over $160,000 for at-risk students in the Dallas region. Prior to joining CISDR, Cameron held various high-profile development positions in the Dallas area, successfully raising millions of dollars for area nonprofits.

Adam Powell, President & CEO of CISDR says, “Ms. Hernholm’s expertise has been crucial to expanding CISDR’s capacity, donor base, and reach in the community. She leads a team of development professionals who herald her commitment, experience, tenacity, and fundraising prowess.” Powell goes on to say, “she also finds time to serve as an Adjunct Professor at Paul Quinn College in Dallas, designing and instructing an upper-level philanthropy course.”

Looking back, Cameron’s goal of developing a career that served the community started early. “I always knew that I wanted to do something in public service, even when I was in high school,” says Cameron. “When I started college, after my freshman year I had an internship at the State Capitol and worked in Congresswoman Kay Granger’s office.” Cameron imagined she would go to graduate school for public administration and continue to work in public service on the government side. But that vision shifted during her first exposure to nonprofit life. “I was in the School of Community Service at the University of North Texas, and they required a semester internship at either a governmental entity or nonprofit. I did my internship at Interfaith in Denton.” At that time, InterFaith was a small nonprofit housing out of a Methodist Church in Denton and didn’t have any type of developmental staff positions, “but they had me, a college kid who was there a couple of hours every week,” she says.

That internship gave Cameron the opportunity to work on writing grants and the organization’s annual solicitation letter. Cameron laughs, saying, “That was back in 1997 and nonprofits have come a long way since then.” But Cameron knew at that time that she wanted to be in nonprofit administration where she believed she could have the biggest impact for the community and the public. “And also, I just really enjoyed it. I enjoyed interacting with the donors and being able to facilitate other people’s gifts to make a bigger impact.”

Cameron grew up in Longview, Texas. Her parents were always engaged in giving back, from serving on the church council to serving on the medical auxiliary for the local nonprofit hospital. “My mom was in the Junior League and both of my parents were involved in politics. We hosted political receptions at our house, including for Governor George Bush, when I was in high school.” Cameron says that her parents always exemplified community engagement. “Both of my parents were first time college attendees. In fact, my mom grew up on public assistance. My parents always stressed the importance of a quality education and public service.”

Cameron’s entire professional career has been dedicated to the nonprofit sector and she can’t imagine it any differently. “Heaven help me if I ever have to do something else,” she says. “I do believe the reason I’m so passionate is because I see the impact of the work. There’s nothing more powerful than being able to help an individual use their gifts to have a multiplier effect. You get to see the impact the donation has on the actual gift giver and the organization’s clients.”

Cameron’s current focus is her work at Communities In Schools of the Dallas Region, which is part of a nationwide network across 25 states and the District of Columbia. It was developed over 35 years ago, with a focus on helping the neediest of needy students. “The CIS Dallas Region has staff at each campus of the 85 schools we serve, and we are a bridge between what the students need and what is identified by the school that they need,” Cameron explains. “One example of CISDR’s impact happened earlier this year when a CISDR student’s parents both became ill with COVID and both lost their jobs. The CISDR site coordinator realized that the family did not have basic resources such as food and matched the family up with one of the local food pantries. The food pantry was able to provide food for the entire family on a weekly basis.”

Another one of the ways CISDR works with the schools is by working with the school counselors and teachers. The school site coordinator’s job is to provide support services for the students. “The teachers and counselors can identify when a child needs extra help, however, they don’t always have the time or resources to support all of the student’s needs,” Cameron says.  “Support could mean mentoring, but a lot of times the support services revolve around behavioral health therapy. There are also things like food assistance, clothing assistance, or grief assistance. We have had cases where kids have lost their parents due to family violence, or other reasons. We are there to help them with the grief therapy.”

One of the biggest challenges the team at CISDR is seeing right now is an increase in depression and mental health challenges among students. “Our first problem is getting to the kids right now. So many of the kids aren’t coming to school. That means that our site coordinators must go to the children’s homes. We must have the parents’ approval for their child to participate in Communities In Schools. It has been hard to get the kids in school and engaged this year. There have been astronomical increases in depression, anger management, and suicidal thoughts. The CISDR kids are at higher risk and it has been amplified because of the COVID crisis.”

“Recently we had a child who was referred because he was truant and facing legal action against his parents,” Cameron explains. “Once the case was with the site coordinator, they found out that the reason the child was missing school was because the other kids were making fun of him because he smelled. When the site coordinator went to visit with his mom, she realized that the reason he smelled was because he only had one uniform. The family did not have a washer and dryer and she could only wash his uniform when she did laundry. The site coordinator got him extra uniforms and got the mother access to a washer and dryer. This was last year and the kid has never missed a day of school after that happened. The kid is very smart and an overachiever, but he wasn’t coming to school because he did not want to be picked on. It had nothing to do with him not being a good student. The reality of the student’s barriers to quality education broke my heart.”

Cameron also teaches fundraising at Paul Quinn College and says that it’s one of the most rewarding commitments in her life. She can see a bright future for philanthropy, and philanthropic leaders. “I think that it speaks volumes to the kind of leadership the sector has developed and has brought to the forefront, where people are making a career around making a difference,” Cameron says. “Twenty years ago, if people wanted to give back, they would join the Peace Corps because there were limited professional opportunities within the nonprofit world. Now you can major in nonprofit administration and the nonprofit sector is the 3rd largest workforce in the US. One of the things that I talked about in my class is really looking at your long-term goals and your long-term career path. I believe one of the things that became evident for me, as a student, is that the nonprofit sector provides the opportunity to have a life-long career but also make a life-long difference in your community.”

As a professional fundraiser, Cameron is also watching the trend in the overall giving community and the economy, but she is encouraged. “People are acknowledging that we have had to pivot to new ways to fundraise,” she says. “Our community knows education is vital and our donors have stepped up.”

CISDR’s first capital campaign launched in August and has raised over $1.2 million. Cameron says, “If you would have asked me back in March, when I was on spring break with my daughter and we were driving back to a shutdown Dallas that I would be working on a campaign that raises over a million dollars in four months, I would not have believed it. It‘s not just CISDR. It‘s all of the area nonprofits. It’s the way the Dallas community came together and raised so much money to support our community through the North Texas Cares fund. I find that amazing and I am so inspired to be a part of that generosity!”