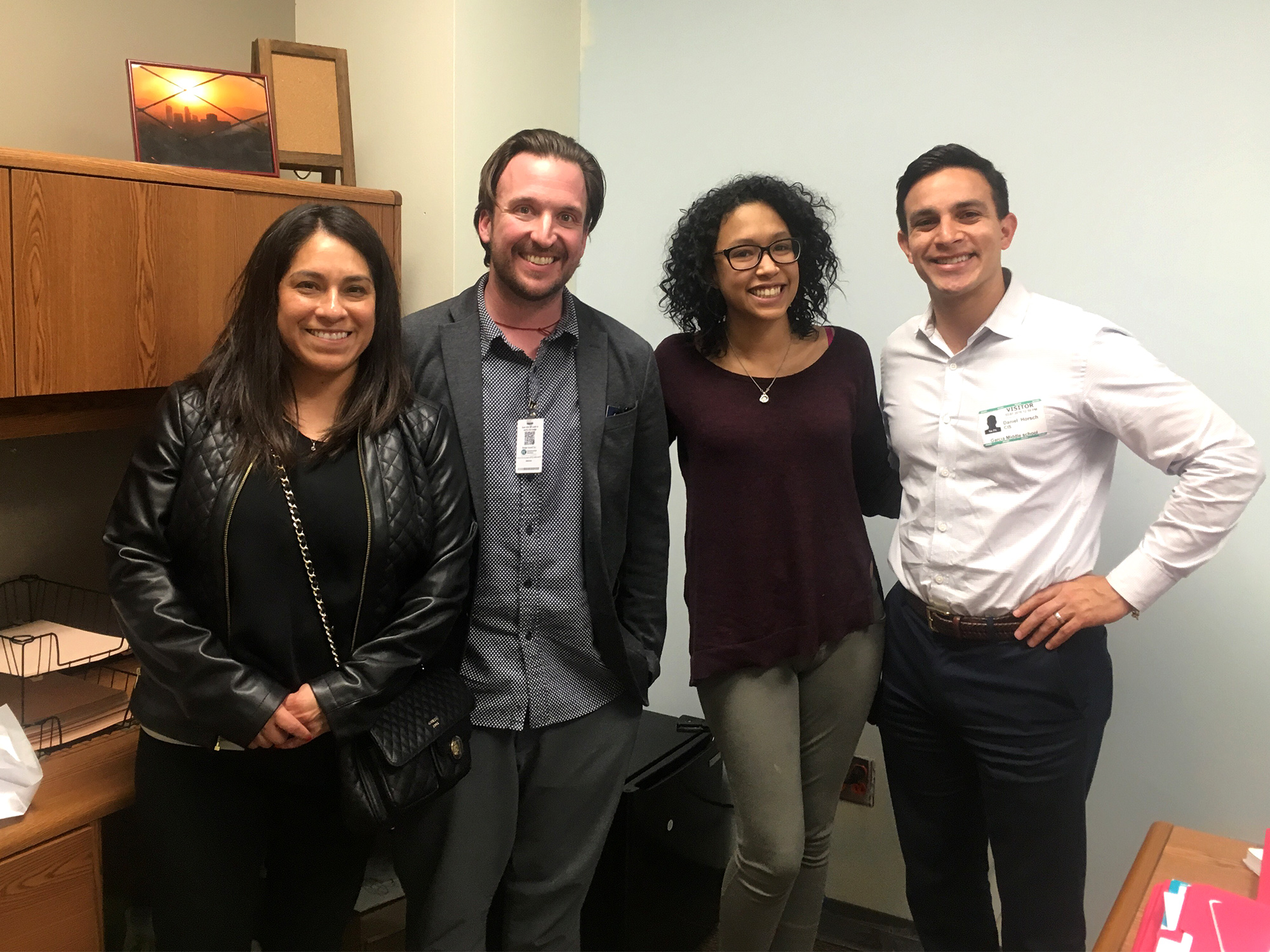 Once Upon a CIS: A Former Student’s Story 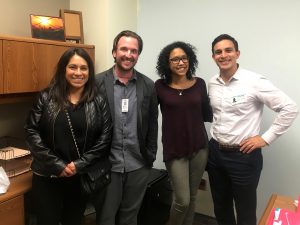 I would say the best adjective to use for my personality as a child was spunky.

At school, I was a whirlwind of energy, mess of curls, and unstoppable talking force. I was also 11 and along with the usual struggles of becoming a young lady, I was attempting to deal with type one diabetes and an unstable home environment. I started middle school at Lorenzo De Zavala in 2004. My elementary education was a mix of private schooling, public schooling, and some of my education being attained in Mexico a few years prior. At home I was the only girl in a family of 3 younger boys and my parents. My mom was from a small town in Mexico called Rio Verde. She’d gone to college and had a degree in chemical engineering. My father had been in the child militia of East Africa, the Horn of Africa, and had escaped to seek refuge in the US at age 17. For as opposite as their cultures were, they shared a few similarities. Both of my parents had no one in this country and they both didn’t speak the language when they arrived. I was raised to believe that life was hard for everyone and that although you didn’t decide the location of your birth, you could make the best of your situation regardless. My parents were loving but honest to a fault. They had no patience or tolerance for crying, misbehavior or disrespect. It wasn’t tolerated and was addressed swiftly. Money was always tight around my house. Dad worked about 16 hours a day and Mom stayed home with me and the boys to take care of us and the house, but mostly to keep up with my appointments and my own health problems. They tried their best, but both of them were from other countries with no idea as to how the American system worked and with too much pride to ever ask for help, so usually we just went without. My parents worked really hard to provide my brothers and I with school, shelter, food, water, and clothing. They loved us fiercely and raised us as best they could.  Coming into middle school, in a small suburban town where all the kids knew each other since pre-school, was intimidating and at times felt impossible. It was difficult to make friends. I wasn’t extraordinarily athletic. I was smart but I wasn’t a genius. I couldn’t identify with one specific race so some groups wouldn’t let me in their clique while others would. I felt lost. I tried my best to just be myself but being yourself at 11, when you don’t know who you are yet, is really hard.

Throughout middle school, I spent a lot of my time in the central office with the nurse. Being a type one insulin dependent diabetic was a struggle for me. My hormones always seemed to be out of whack which in turn resulted in my body going through a rollercoaster of death until I ultimately (almost always) ended up in the hospital. After a while, most of the staff at my school realized that accommodations needed to be made in order for me to succeed in school. The school nurse at the time, Ms. Beauchamp, introduced me to Ms. Kendria Taylor, the CIS Site Coordinator. Ms. Taylor was young, a graduate from UNT, and she was spunky too! She always smelled good and her jangly James Avery bracelet with all her charms for her accomplishments was something I admired. Her CIS office was in the central office where I spent a class period being an office aide and seeing the nurse for my health. It was perfect for me. I started getting more and more involved with other students who were also in CIS.  I didn’t have any sisters or cousins or friends to talk to about boys, middle school drama, how to do my hair. I didn’t have a role model at home who looked like me or who could understand my day to day challenges. Becoming a young lady with no type of guide was something I didn’t understand. Now as an adult, as I reflect I can see that Ms. Taylor was doing something for me that no one had done before. As a young Afro Latina girl, she gave me the opportunity to glance into my own future and see how much better life could get if I could just keep pushing and get through the critical hard years. I would eat lunch in her office or work on my homework if I had free time. She helped me feel like I had a friend in a school where I couldn’t identify with any of the children. More importantly, she was one of the only adults I felt actually took an interest in the things that were happening to me and advised me on how to persevere. 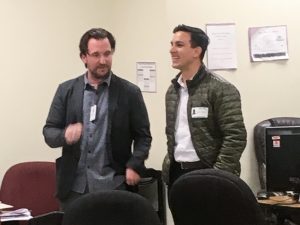 My first summer after being a part of CIS, I got to go to Dallas Cowboys Camp. Ms. Taylor chaperoned me and about 6 other girls in the CIS van. We played football with some of the Cowboys players, got to meet the cheerleaders. They gave us t-shirts and hats and pictures and back packs. It was the most fun I got to have with more girls my age in a long time.  That was one of the best weeks of my young adult life. I had a blast and more importantly I made friends! This one of the first times I was able to get along with other girls my age and I knew it had everything to do with CIS. They encouraged me to try with the other girls, to be kind, to keep trying even if I felt discouraged. She made me understand that I was special. That I was smart, and pretty and gifted and people would be happy to have me as a friend. I didn’t fully understand that until she explained it to me.

A few years later, It was time for the 8th grade dance. 8th grade was another struggle. I spent the majority of the year hospitalized for different issues. Ms. Taylor would bring me my homework and assignments to Children’s Hospital to make sure I got them done so I could go to high school. I was really worried at the hospital that I wouldn’t get to go to the 8th grade dance. Ms. Taylor helped me make sure I got all my assignments were turned in and my grades were high enough to get permission to go. I couldn’t believe it when my parents agreed! I WAS SO NERVOUS. There was a boy, Drew, that I particularly wanted to ask me to the dance. Long story short he did! And when I told Ms. Taylor her face lit up for me! It was like having a big sister be super excited for you. She recommended a hairdresser to do my hair for the dance and talked to my mom about getting me an outfit. Everything was set and ready to go. My mom dropped me off at the dance and I ran inside. When I got there, Drew was dancing with another girl. I was heartbroken. When I asked him what was going on, he simply told me he just needed me to buy his ticket to the dance. I recall Ms Taylor later telling me that I was beautiful, any boy would be lucky to have me pay attention to him, and that in the future he would regret it. I didn’t care about any of that then, it was so painful that type of rejection to my young heart, but it stayed with me over the years.

My Site Coordinator at the time, Ms. Taylor, and CIS legitimately changed the course of my life. There have been other students, some who came with us to Cowboys camp, that didn’t stay in the program and haven’t fared as well as I. A few of them didn’t graduate high school, another has 6 children. It’s the luck of the draw. Life is tough and it only gets tougher. I already was raised to know that life was difficult, but Ms. Taylor taught me that things were painful but survivable. She taught me that everyone has a future but that it’s up to you, not your situation, your parents, your friends, JUST YOU. A hand can always be helpful, but its up to you to make things happen.  She and CIS were a lifeboat when I was trying to get through the Titanic. That is what CIS did for me. It gave me a hope. Someone to be my ally during those confusing years in every teenager’s life. It taught me life skills I wouldn’t have learned at home and that I didn’t have in my classrooms with teacher.  I will always be eternally grateful to CIS and to the opportunities it gave me.

Where am I now? I am a college graduate and working as the registrar at Hector Garcia Middle School in Dallas ISD. Imagine my joy to find a CIS office here, where students can find hope, connection and a kind hand to guide them thru the chaos of being a kid.