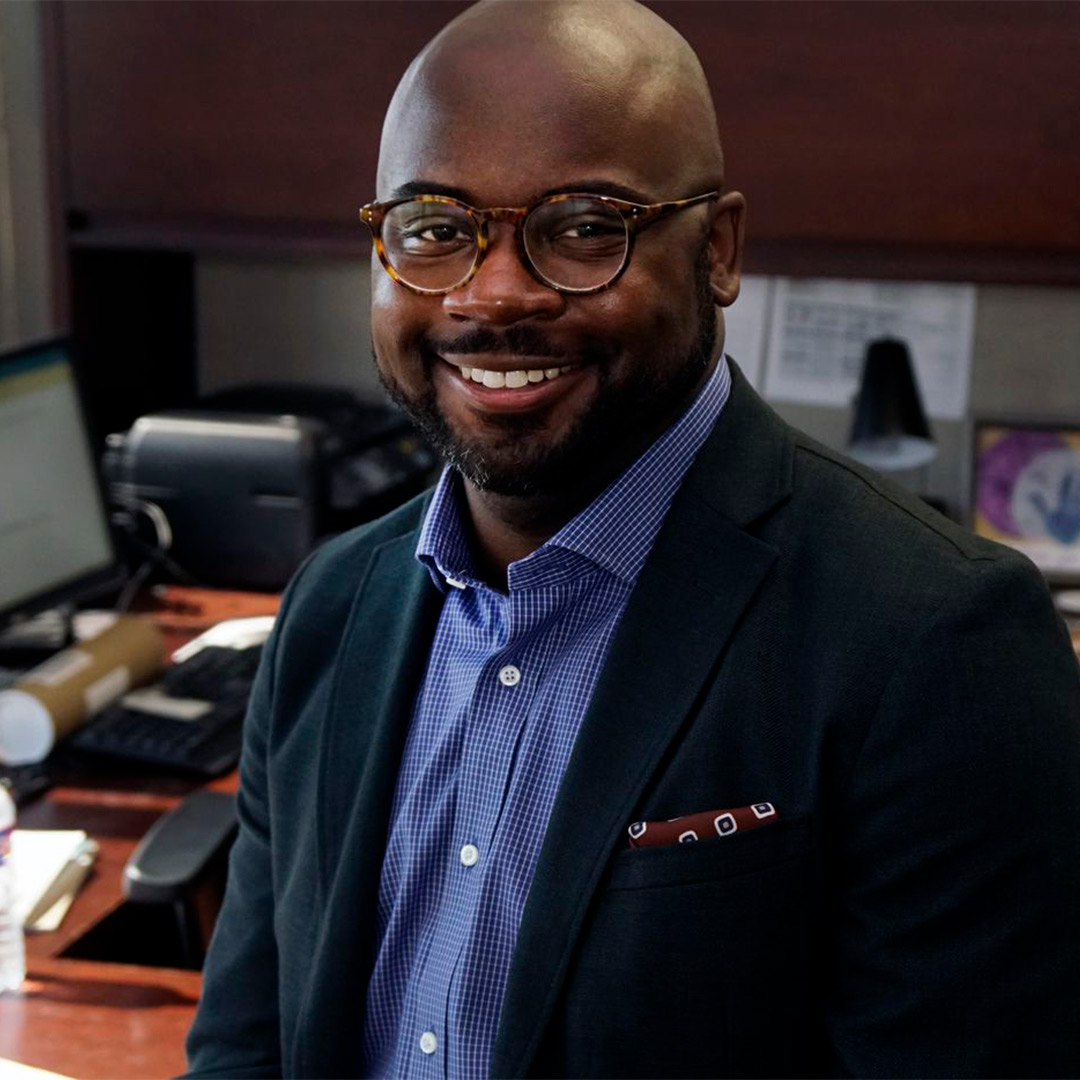 Dallas Morning News: As anxiety and depression grow among Dallas kids, meet the man fighting on their behalf

As anxiety and depression grow among Dallas kids, meet the man fighting on their behalf

Adam Powell embeds his team into campuses across North Texas to provide every wraparound service possible to the highest of high-risk kids. 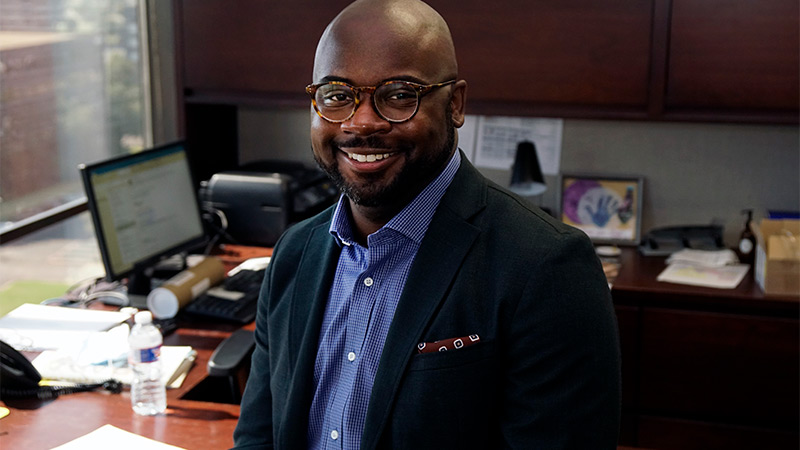 Adam Powell, president and CEO of Communities in Schools Dallas Region, at his Love Field-area office Thursday. He says that when he met with CIS’ board of directors about the job last year: “As soon as I heard the words mental health, I knew I would take it if it was offered.” (Lawrence Jenkins / Special Contributor)

We grownups aren’t the only ones burdened by today’s triple threat of COVID-19, racial injustice and political unrest. These calamitous times grate on the wellbeing of our children, particularly those who are already grappling with depression, anxiety and other mental illness.

Even for families with the money to enlist quality help, it’s a hard and sometimes helpless road. But what if our children were among the thousands of North Texas students without financial resources — young people whose mental health is already corroded by the trauma of poverty and its toxic byproducts?

If they’re lucky, they’re on one of the 85 local campuses served by a nonprofit with an unwieldy name, Communities in Schools Dallas region, and an inspiring president and CEO.

You likely have never heard of Adam Powell — neither had I until several trusted education sources, knowing of my interest in mental health issues told me, “You’ve got to meet this guy.”

They were right; Powell is determined to remove mental illness as a barrier to student success.

CIS links community-based resources with the highest of high-risk children — nearly all of them students of color — across 10 school districts, including Dallas, Plano, Richardson, Carrollton-Farmers Branch and McKinney.

Powell, a 37-year-old Black man who just marked his first year at CIS, prefers to call these students “opportunity kids,” immensely talented but struggling because their mental health care, like many other basic needs, is too often ignored.

Of the 8,000 young people whom CIS helped in the last school year, 47% suffered anxiety, depression or even suicidal ideation.

Every one of those kids is family to Powell because he sees his own son — and himself — in each of them. Although the two Powells never lacked resources, they certainly have faced mental health challenges.

Powell’s son, born at 26 weeks and weighing barely 2 pounds, spent his first four months in a neonatal ICU. Any hours that Powell wasn’t at the hospital were spent dreading a phone call with bad news.

Today that baby is a 9-year-old who is doing well in school but suffers from severe anxiety.

Two years ago, alone in his Forney home, Powell awoke in the middle of the night to a terrible sensation. “I couldn’t breathe. I was convinced I was having a heart attack,” he told me. “It was a pain like nothing I had ever experienced before.”

After a battery of tests at the local ER, he learned the attack was a symptom of his own never-before-diagnosed anxiety.

His strain of anxiety is not as serious as his son’s but coping with it has made him a better dad. “I was probably guilty of ‘kid, grow up’ at times,” Powell said. “I now understand it’s not that easy. It’s not that easy for me.”

A little over a year after Powell’s diagnosis, the top CIS job came open and “as soon as I heard the words mental health, I knew I would take it if it was offered.”

The nonprofit embeds staffers on campuses to try to fill every possible gap for students sent its way: food, housing and employment help for the family, health care, academic support and counseling for issues such as anxiety and depression.

CIS clinical experts oversee and advise the on-campus coordinators. The program cost, which last year ran $4.7 million, is split among the state — which pays half — the nonprofit and the school district.

Powell told me about a Black teen who reached out last spring with a small request: He had taken an after-school job but couldn’t afford the necessary shoes. Could the CIS campus coordinator help?

It took only one conversation for the staffer to realize footwear was the least of the student’s problems.

His father had been killed in front of him, his mother was incarcerated and, in the midst of a pandemic, the youth was homeless and sleeping in a park.

His CIS coordinator met with him daily and made sure he had resources and a safe place to sleep every night. The same staffer walked the student to his mental health counseling appointments and helped him navigate the remainder of his senior year.

The young man has since graduated and is about to begin Army basic training.

Local mental health advocate Phil Ritter told me that Powell is one of those leaders who you can tell “are going to make an impact” and has put himself in the right spot at a pivotal moment.

“CIS is the best possible platform for Adam to use to bring down the mental health barrier in educational success,” Ritter said.

Powell, who has worked in several local education nonprofits in recent years, is sobered by how high the stakes are. The instability wrought by COVID-19 and the aftermath of George Floyd’s killing by a Minneapolis police officer have exacerbated what was already a mental health epidemic among students.

After campuses shut down last spring, with CIS temporarily working online with its students, staffers heard the growing fears:

“How do I study when the lights got cut off last night?” “How will we make it when my mom loses her job?” “How can I worry about my school work right now when I’ve got to go cut grass to help with money?”

Powell said older students have even darker thoughts: “I’m living with Grandmother who is older, at high risk. What will happen to her and to me?”

The George Floyd tragedy brought another wave of anxiety. “It is genuinely traumatizing for young men and women of color every time one of these videos emerges,” Powell said.

He pointed out that mental health challenges compound what are already, at best, unsettling times. A conversation with his own son reinforced just that:

As the two drove down the street, a police car behind them turned on its lights and siren. As it passed in the adjacent lane, “my son says, ‘Daddy, put both hands on the steering wheel. Be careful.’”

Those words shook Powell to his core.

Growing up, Powell had plenty of law-and-justice conversations with his own father. Now retired, Charles Powell became the first Black state trooper in Haleyville, Ala., in 1977, and became George Wallace’s chief of security 20 years later.

As death came for the hard-right segregationist governor in September 1998, he asked that Charles be among those in his room at the end.

That family history leaves Powell with a refreshingly nuanced point of view on race and police matters. He is among the many who wants to see solutions that “go beyond policing and reframe how the entire country thinks about Blackness.”

Just before leaving CIS’ Love Field offices, I asked Powell how — in these racially fraught times — he views the relationship between his father and Wallace.

“What I take from that is hope. People do change,” he said. “For the sake of the work we do at CIS, I have to have that kind of hope.”